Ruth St. Dennis, a photo by Cathy (Kate) Johnson on Flickr.
There was a display of old photos by Orval Hixon from the Vaudeville era in the Paradise Playhouse Dinner Theatre on Artcrawl night.  The photos are in the Ray County Museum, normally, in Richmond, MO.  I was inspired by this lady, who was of course in black and white in the photo!  I added color later, at home...

And it looks like the photographer and I BOTH spelled her name wrong...it's Ruth S. Denis, one N. Quite the famous lady in her day, it appears--she was inducted into the National Museum of Dance C.V. Whitney Hall of Fame in 1987.

Holy cats!  She taught Martha Graham!  Wonder what she was doing in the Kansas City area...

And here's more on Orval Hixon, who appears to have been pretty famous in his own right! http://www.orvalhixon.com/

Does she fit here?  I don't know...I sketched her on the spot, in an urban setting, but she wasn't moving much!
Posted by Kate (Cathy Johnson) at 6:15 PM

Who we are and where we come from...

Urban Sketchers is a network of artists around the world who draw the cities where they live and travel to. Our mission is to "Show the World, One Drawing at a Time." Visit our main blog at urban sketchers dot org for more information.

Sketchers who live in the Midwest region of the United States share their drawings on this blog. 1. We draw on location, indoors or out, capturing what we see from direct observation. 2. Our drawings tell the story of our surroundings, the places we live and where we travel. 3. Our drawings are a record of time and place. 4. We are truthful to the scenes we witness. 5. We use any kind of media and cherish our individual styles. 6. We support each other and draw together. 7. We share our drawings online. 8. We show the world, one drawing at a time. Please contact Cathy Johnson, kate at cathyjohnson dot info with questions or suggestions!

Thanks to artist-donors from USK.org and the USK Regional blogs you can purchase a fine art print, and support UrbanSketchers!

The Art of Urban Sketching 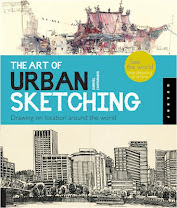 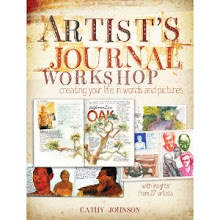 Learn about our workshops program and contact instructors to come teach in your city.

By making a donation to our parent blog's nonprofit you'll be helping urban sketchers continue to show the world, one drawing at a time